In this time of recession, depression and misery thought i'd cheer everyone up with a daily chuckle.

Been to the gym today and there's a new machine. Only used it for an hour as i started to feel sick......It's really good though, it does everything, Mars bars, Snickers, Crisps!!

I sorted out my Aunts loft last weekend and found and old oil painting and a violin. Went to get it valued and the valuer said I had a REMBRANDT and a STRADIVARIUS.
Feeling excited I said 'They must be valuable then?'
He replied, 'No, Stadivarius was a crap painter and Rembrandt was shite at woodwork'

This one made I chuckle...

A little girl walks in to the lounge one Sunday morning while her Dad is reading the paper.


"Where does poo come from?" she asks.


The father feeling a little perturbed that his 5 year old daughter is already asking difficult questions thinks for a moment and says: "Well you know we just ate breakfast?"


"Well the food goes into our tummies and our bodies take out all the good stuff, and then whatever is left over comes out of our bottoms when we go to the toilet, and that is poo."


The little girl looks perplexed, and stares at him in stunned silence for a few seconds and asks:

Defense Attorney:
Will you please state your age?

Defense Attorney:
Will you tell us, in your own words, what happened the night of April 1st?

Little Old Lady:
There I was, sitting there in my swing on my front porch on a warm spring evening, when a young man comes creeping up on the porch and sat down beside me.

Defense Attorney:
Did you know him?

Little Old Lady:
No, but he sure was friendly.

Defense Attorney:
What happened after he sat down?

Little Old Lady:
He started to rub my thigh.

Defense Attorney:
Did you stop him?

Little Old Lady:
No, I didn't stop him.

Defense Attorney:
Why not?

Little Old Lady:
It felt good. Nobody had done that since my Albert died some 30 years ago.

Defense Attorney:
What happened next?

Little Old Lady:
He began to rub my breasts.

Defense Attorney:
Did you stop him then?

Little Old Lady:
No, I did not stop him.

Defense Attorney:
Why not?

Little Old Lady:
His rubbing made me feel all alive and excited. I haven't felt that good in years!

Defense Attorney:
What happened next?

Little Old Lady:
Well, by then, I was feeling so 'spicy' that I just laid down and told him
'Take me, young man. Take me now!'

Defense Attorney:
Did he take you?

Little Old Lady:
Hell, no! He just yelled, ' April Fool!' And that's when I shot him, the little bastard 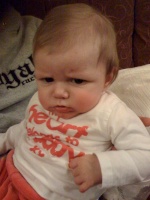 Please feel free to add your own but remember this is a public forum so discrection is best used.

Right i've warmed you all up........Ready for the next installment:

Sat down in a public toilet and a voice came from the next cubicle, "hello mate, how you doing?"

I thought it was a bit strange, but didn't want to be rude, so i said "not too bad thanks"

After a short pause i heard the voice again "so what are you up to?"

I answered somewhat reluctantly........"Just having a quick number two"...."How about yourself?"

Then i heard him say

"Sorry mate, I'll have to call you back, I've got some numpty in the next cubicle answering everything i say!!!"

The Engineer and the Manager

Woman in a hot air balloon realised she was lost.
She reduced altitude and spotted a man below.

She descended a bit more and shouted:
'Excuse me, can you help me?
I promised a friend I would meet him an hour ago but I don't know where I am.'

The man below replied,
'You're in a hot air balloon hovering approximately 30 feet above the ground.
You're between 40 and 41 degrees north latitude and between 59 and 60 degrees west longitude.' '

You must be an Engineer,' said the balloonist.

'Well,' answered the balloonist,
'everything you have told me is probably technically correct' ,
but I've no idea what to make of your information and the fact is, I'm still lost.
Frankly, you've not been much help at all.
If anything, you've delayed my trip by your talk.'

The man below responded, 'You must be in Management.'

'I am,' replied the balloonist, 'but how did you know?'

'Well,' said the man,
'you don't know where you are or where you're going.
You have risen to where you are, due to a large quantity of hot air.
You made a promise, which you've no idea how to keep,
and you expect people beneath you to solve your problems.

The fact is you are in exactly the same position you were in before we met,
but now, somehow, it's my bloody fault.'

I was told this one today

A truck driver is going along .At a good slow stady speed as it was snowing. Then a aother driver comes up behind and is flashing lights and leaning on horn.........
So the driver pulls in and so did the car .The car driver gets out and gose up to the cab of the truck and says.
"You are spilling your load all over the road!!!"
Tha truck driver says " Yes I am a gritting lorry you domb blond"

During a recent password audit by our company, it was found that a blonde was using the following password:


When asked why such a big password, she said she was told it had to be at least 8 characters

chrisnchrisroberts wrote:During a recent password audit by our company, it was found that a blonde was using the following password:


When asked why such a big password, she said she was told it had to be at least 8 characters

Sue n Sarah are sat in the cinema watchin a film when Sue turns n says " This bloke next to me's playin with himself!!!

"
Sarah replies "Just ignore the dirty ole sod n watch the film.." to which Sue replied "Well I would but he's usin my hand

Steve,Dave n Rob are workin on a high rise buildin when suddenly Whoooooooooosh, Rob fall off to his death..
Mortified, Steve n Dave discuss who should go tell Robs missus what's happened. It's decided Steve'll do it coz he's good with all that sentimental talk so off he trots and 3 hrs later he comes wanderin back with a case of Stella under his arm.
"Where'd ya get that Steve??" asks Dave
"Robs missus gave it me.." Replied Steve.
"So let me get this straight, you told her her husbands dead n she gave you a crate of beer???" says Dave..
Steve answers.."Well errrrr not exactly, I knocked on the door n said "Hi you must be Robs widow???" to which she replied, erm no, I'm not a widow!! So I turns n says "Bet ya a crate of bloody Stella ya are!!!!!"

The Love Dress
A woman stopped by unannounced at her son's house. She knocked on the door then immediately walked in.
She was shocked to see her daughter-in-law laying on the couch, totally naked.
Soft music was playing, and the aroma of perfume filled the room.
'What are you doing?' she asked. 'I'm waiting for Mike to come home from work,' the daughter-in-law answered.
'But you're naked!' the mother-in-law exclaimed 'This is my love dress,' the daughter-in-law explained.
'Love dress ? But you're naked!' 'Mike loves me to wear this dress,' she explained. 'It excites him to no end.
Every time he sees me in this dress, he instantly becomes romantic and ravages me for hours on end. He can't get enough of me.'

The mother-in-law left.
When she got home, she undressed, showered, put on her best perfume, dimmed the lights, put on a romantic CD, laid on the couch waiting for her husband to arrive.
Finally, her husband came home... He walked in and saw her laying there so provocatively.
'What are you doing?' he asked.
'This is my love dress,' she whispered, sensually.
'Needs ironing,' he said. 'What's for dinner?

HE NEVER EVEN HEARD THE SHOT

Two English Guys driving in Wales. They stop for lunch in

One of them asks the waitress, "Could you settle an argument between us please?" Could you pronounce where we are very very slowly?"

The girl leans over and says:

A womans dog is drowning in the sea. A passing German tourist dives in, pulls out the dog, resuscitates it and saves its life. Are you a vet said the woman? Vet? said the German i'm absolutley soaked!

They don't get any better believe me! lol

My mates wife went for a pint of milk three weeks ago and hasn't been seen since.

I asked him how he was coping 'not bad' he said "i've been using the powdered stuff!!"

Hi
All of them are funny

A blonde gets home from work early & hears strange noises coming from the bedroom.
She rushes upstairs only to find her husband naked lying on the bed, sweating and panting.
'What's up?' she asks.
'I think I'm having a heart attack,' - cries the husband.
The blonde rushes downstairs to grab the phone, but just as she's
dialing, her four-year-old son comes up
And says, "Mummy Mummy Aunty Shirley is hiding in the
wardrobe & she has no clothes on"
The blonde slams the phone down and storms back upstairs into the bedroom right past her husband..
Rips open the wardrobe door and sure enough, there is her sister, totally naked and cowering on the floor.
'You rotten Bitch', she screams.
'My husband's having a heart attack, and you're running around
naked, playing hide and seek with the kids!!'

Hi
I say that I can always get another glass

Yesterday my wife said she was losing her mind. I said you should be, you have been giving me a piece of it for the last 38 years. Chris