Don't give up on Isoflex

Don't give up on Isoflex

Isoflex seems to have got a bad reputation amongst the customers of ModelWorks and Steam Traction World.
I am posting this on this forum as having worked out how Isoflex should be used I don't think this is justified.

Like many first batch Burrell customers I have suffered for loosing tyres whilst out on the road. Last summer I lost two tyres and had to restick them. On advice I did two things different. In the process of coming off (something like a Mexican wave) the tyres stretch so before putting them back on The tyres need to be shortened. The inside of the tyre is covered with silicon release agent and all trace of this must be removed. Use power tools to remove a fine layer of rubber I believe most of our problems have been caused by the silicone release agent as the wording of the batch 1 instructions discourages the use of power tools.

Here the tale gets sad. I did not realise that I had fixed the problem and decided to get them vulcanised. before sending the rims off I had to remove the existing tyres. The two tyres I had put on correctly were absolute sods to get off whereas the tyres that were put on using the usual method cam away easily. The pictures below well tell the story. 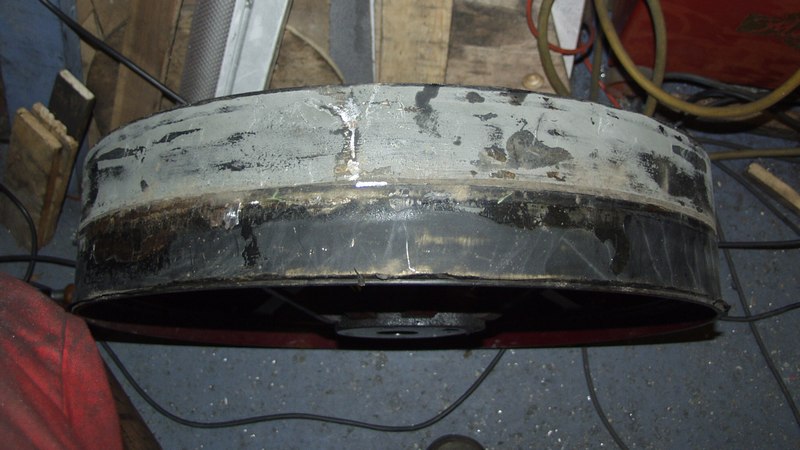 The rim after removal of tyre.
The upper band stuck on correctly - rubber had to be split at molecular level
The low band stuck on work - joint separates cleanly along tyre/isoflex boundary 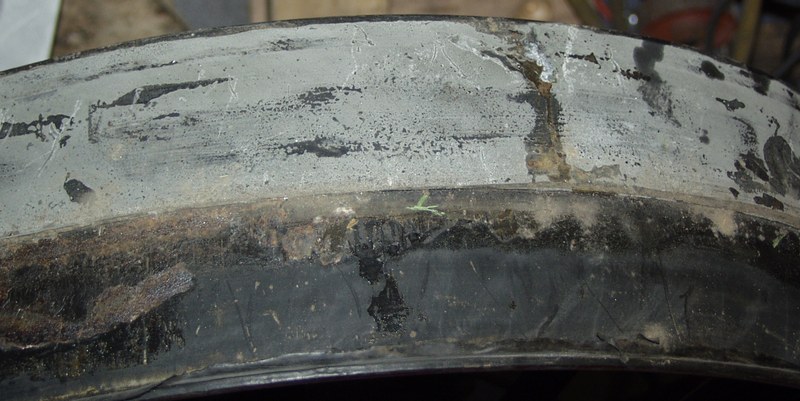 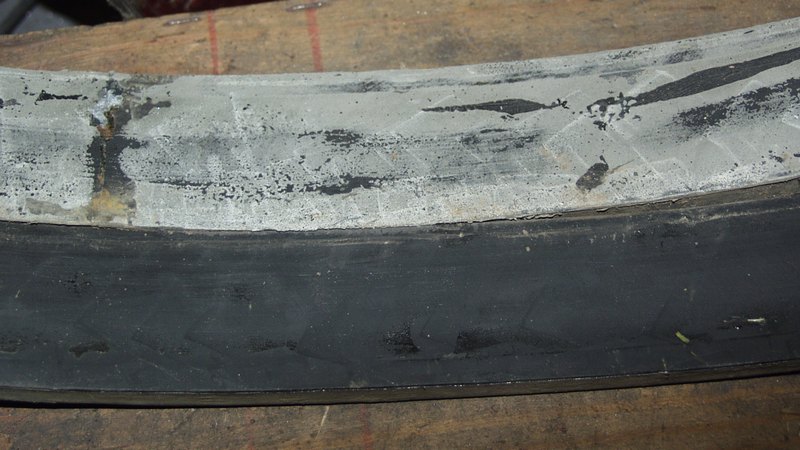 The tyres tell the same story.
On the tyre that came away easy the half heated attempt to rough up with a power tool can be seen.
Form experence slots and groves in the tyres do not help. Never had a problem getting Isoflex to stick to steel, no need to go to great preparing the rims. (ie just clean & rust free)

Re: Don't give up on Isoflex

I first of all am a 2" builder I had a prob on putting on my tyers as the super glue did not stick..
But the Isosfix did it's thing ...As working the glue gave way. But in some of the cases the isofix was ok .
In the end I gave up and STW helped me ...

This is a good tred and thanks for the INFO

Re Don't give up on Isoflex

OK. So vulcanising must be the best if money is no object. However I have been rallying my 4" Burrell for three years now. I do about 12 rallies a year and quite a few include road runs. My tyres are stuck on with Isoflex. I have lost one tyre - the inner left on August Bank Holiday in 2008 at Holcot rally in very muddy conditions. Before the next rally I restuck it with Isoflex having first used a power drill and wire brush to grind off the inside of the tyre and also I very heavily scored the metal on the outside of the wheel to give the Isoflex something to grip on.
The wheels were fine for the rest of the season but the following winter, just to make sure, I bolted on each tyre using coach bolts sunk in the rubber and covering the heads with Sikaflex. I had no tyre problems last year (famous last words?).

One other thing I have done is move the seat. Having heard it said that tyres tend to come off when there is a lot of weight on the back, I have adapted the round soft seat to sit on the tender back; in effect 5" further forward than standard STW design. This effectively reduces the weight on the back end by 35lbs (by my calculations) which must be better than adding 35lbs to the front to stop the front wheels lifting. Yes I know you can have a 5th wheel design but I started driving my father-in-law's 4.5" Burrell in a similar fashion in 1974 and old habits die hard!
Bob

Re: Don't give up on Isoflex