Dear All
We are going to be taking 'Frederick' for a little 80 mile run from St Albans to Brighton on the 13th June. This will be in aid of Parkinson's UK.  The route will most likely be up the A5 to London, passing by Buckingham Palace & Westminster, then down the A23 to Brighton.  Not sure if this will be a record continuous run for a miniature, but it will certainly be a long day for us!

We will use my van and trailer transport arrangements as close-support to carry all our coal and a lot of water.  We will soon be working out points along the route for water.  My wife, Cecily, (who has Parkinson's) and daughter will act as as long range back-up in another vehicle.

It would be great to have any support and sponsorship from the forum.  The charity donation web page is:
https://www.justgiving.com/Parkinsons-miniaturesteamrun

I'll keep you up to date with developments.  As a taster for what is to come, two of the drivers can be seen in the photos below, taken on the 28 mile NTET road run last September. 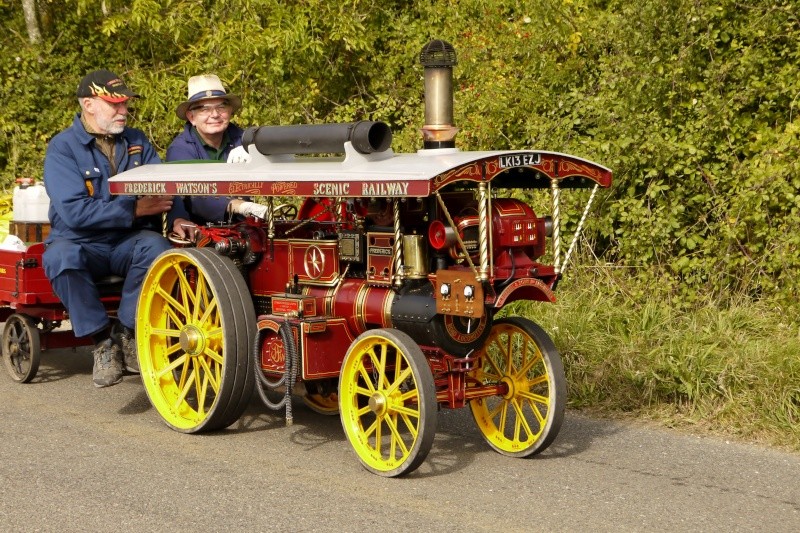 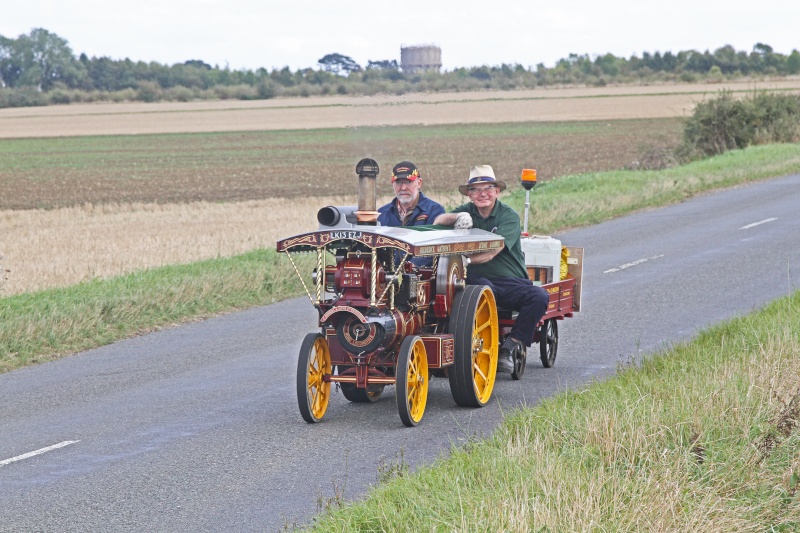 I am really looking forward to this!
Tim

Should be a good run, I've every confidence that Frederick will make it. Going through central London an a Saturday should be interesting to say the least, I've got the easy job though, just keeping the fire going & operating the brake! oh, ..........and not falling off!!

I think I might need a bit of straightening out when we get to Brighton though, ...... and some lubrication.

If you can spare a few pennies for Parkinsons UK, it's a good cause & lets hope one day they find a cure.

I can assure you that refreshments, liquid and otherwise, will be waiting fr you down here.

I think it could be a bit like the film 'Ice cold in Alex' only without the sand!!

We've got plenty of that as well.

We will be doing a recce of the route on Saturday 23rd May (especially south of the river - tiger country).
210 litre water tank was delivered today to travel in the support trailer.
Will be stopping at St Thomas' Hospital to top up water on the far side of Westminster Bridge, at around midday on the 13th

Tim, do you have a video camera to mount on Frederic? It would be interesting to see the 4" scale view of the traffic after watching Steve Arrowsmith taking his Foster and trailers through recently. 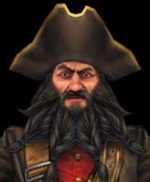 Brian
I expect we'll have someone in the waggon through London and elsewhere if people are interested. Any suggestions for mounted cameras?

can't go wrong with a GoPro 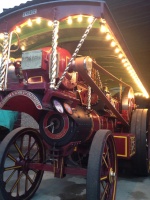 Cecily and I did a reconnaissance of the route yesterday.  Would welcome meeting any STW people along the way: you might even get a wagon ride.  If you PM me your email address I can send you the detailed itinerary.
The route we are taking is actually 80 miles, not 75.
Herfordshire / Middlesex
The route will follow the A5 to London, starting from St Albans at 0445
Central London
We will stop at Regents Park, then on south to Baker St, Oxford St, Marble Arch, Park Lane, Hyde Park Corner, Constitution Hill, Birdcage Walk, Westminster & Bridge then stop at the Evelina Children's Hospital at St Thomas', Lambeth.
South London
Vauxhall, then Brixton, Streatham, to Croydon on A23 (stopping near Croydon University Hospital)
W Sussex
Purley Way, Coulsdon, Redhill on A23
We will probably take the B2036 from Horley to Burgess Hill
Then A273 over Clayton Hill and down to Brighton.
Madeira Drive 2115

With trooping the colour occurring on Saturday, we're unable to go past Buckingham Palace, but will instead go round Victoria and down to Westminster Abbey and Parliament Square.

If anyone wants the detailed timings and stop points PM me.

Congratulations, looking forward to the pictures 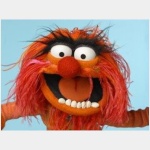 Re St Albans to Brighton

Many congratulations Tim on your achievement.

What an achievement, congratulations!!
Regards,
Tony

Congratulations and well done Tim and all your helpers what achievement..

Absolutely brilliant achievement Tim, well done to you, Steve and the rest of your team. Hope your not aching to much.

A few pics of the St Albans To Brighton run

Early start, I've left the iPhone headings up as the phone gives the time & knew where we were even when I didn't! 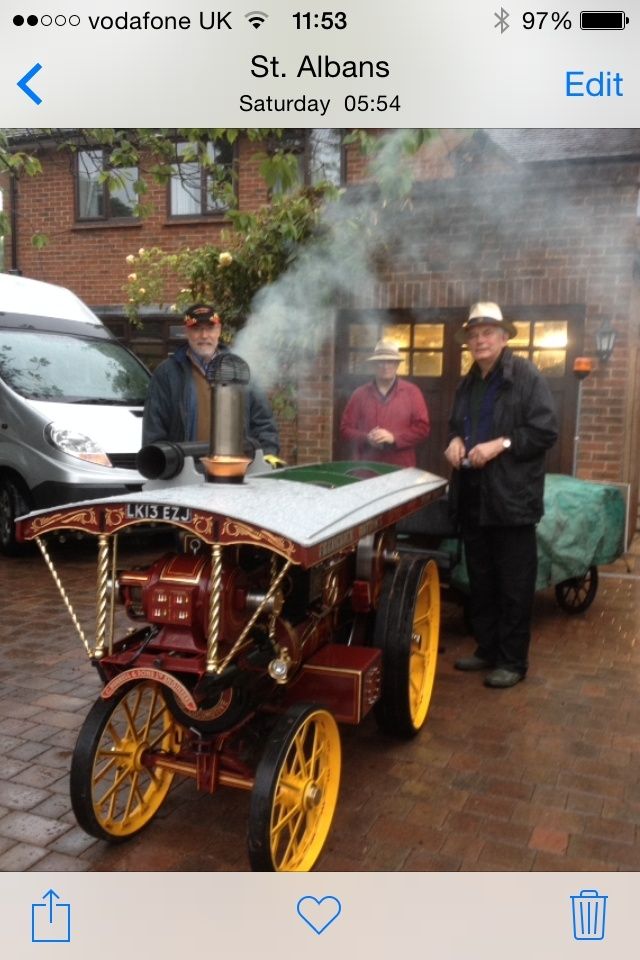 Damp start, with drizzly rain, the spray from the back wheels meant I was sitting in a puddle for two hours, mudguards needed next for wet weather travel! 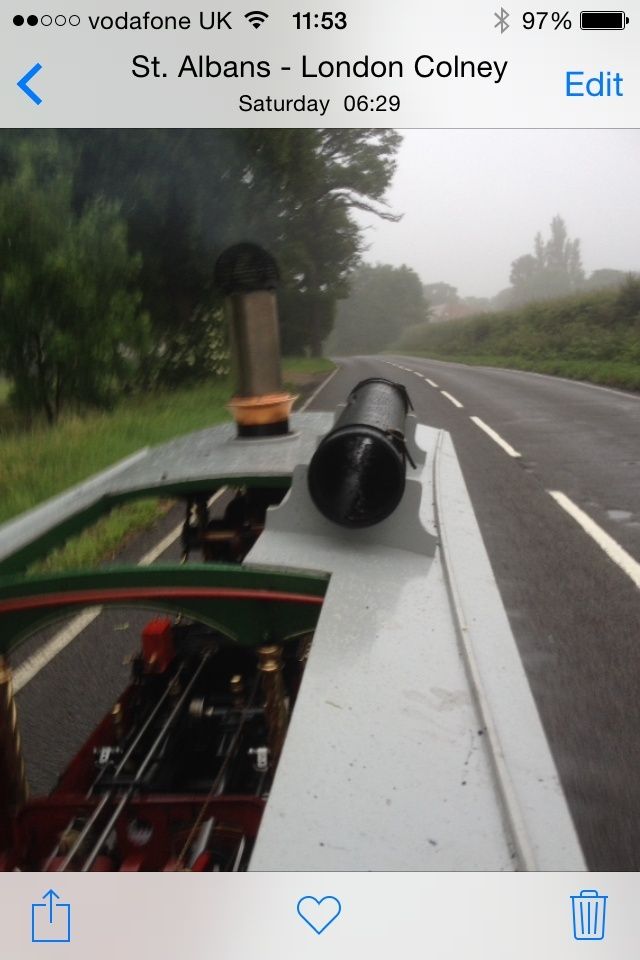 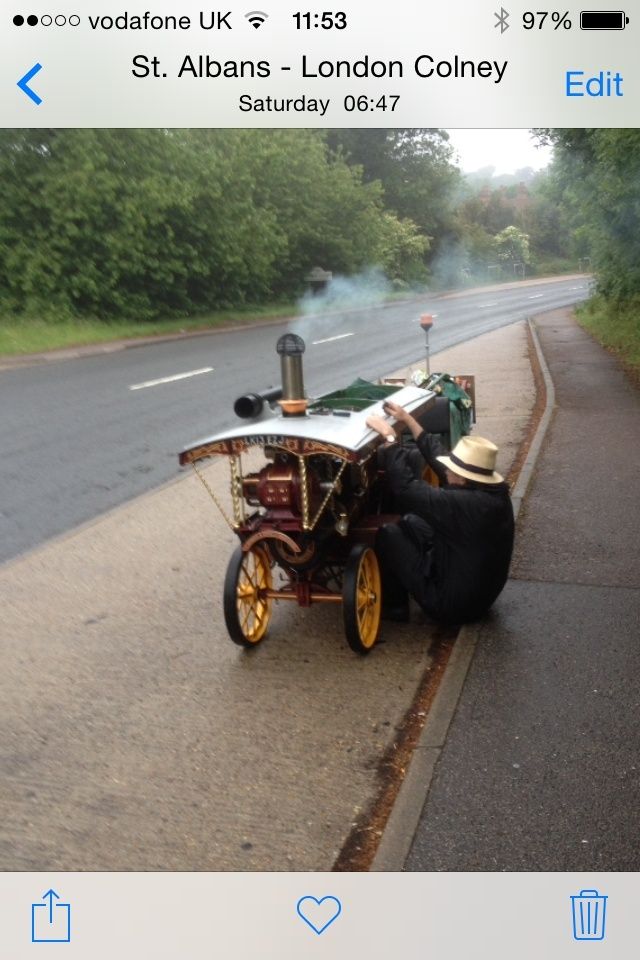 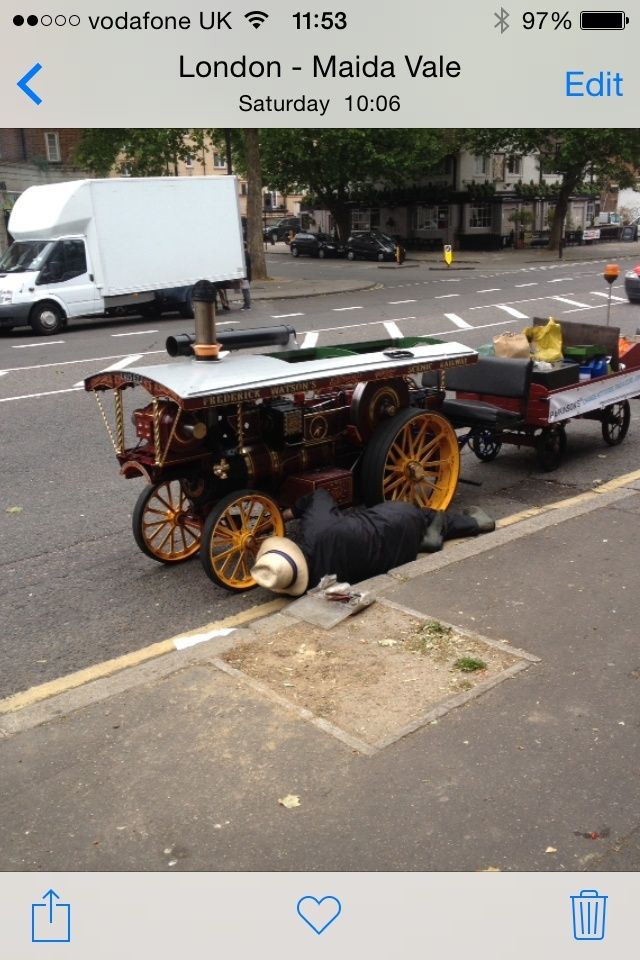 The roads in North London are rough, we tried really hard to either drive around the potholes or slow right down.  Inevitably we missed a few and one big one neither of us saw was here.
It was so violent both our heads got jerked back, both our hats flew off at the same time and the steering went very slack, fortunately it didn't let go completely or we would have crashed into something. 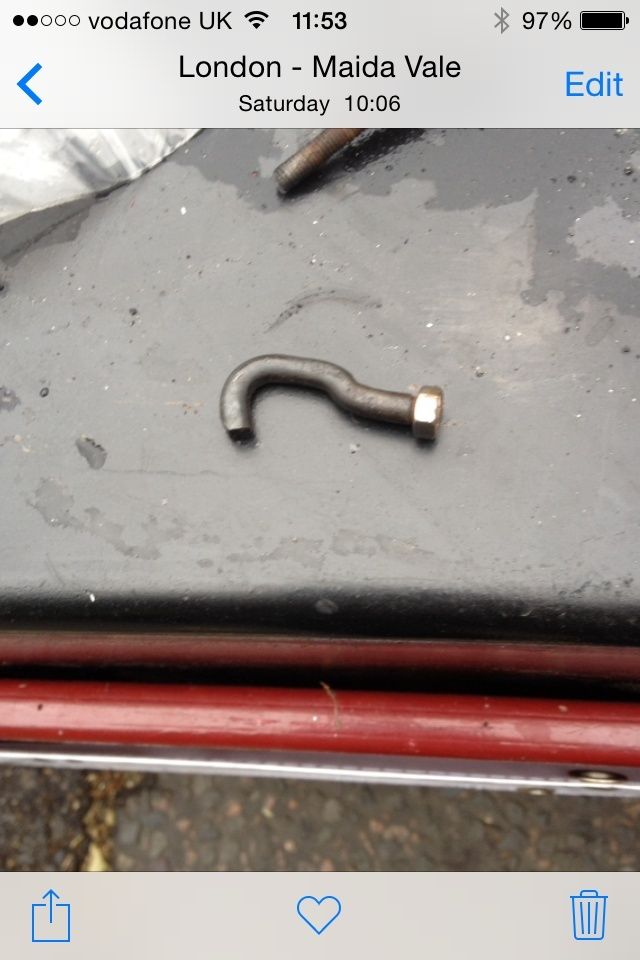 As luck would have it we had a spare so it was changed over & that held fore the rest of the trip. 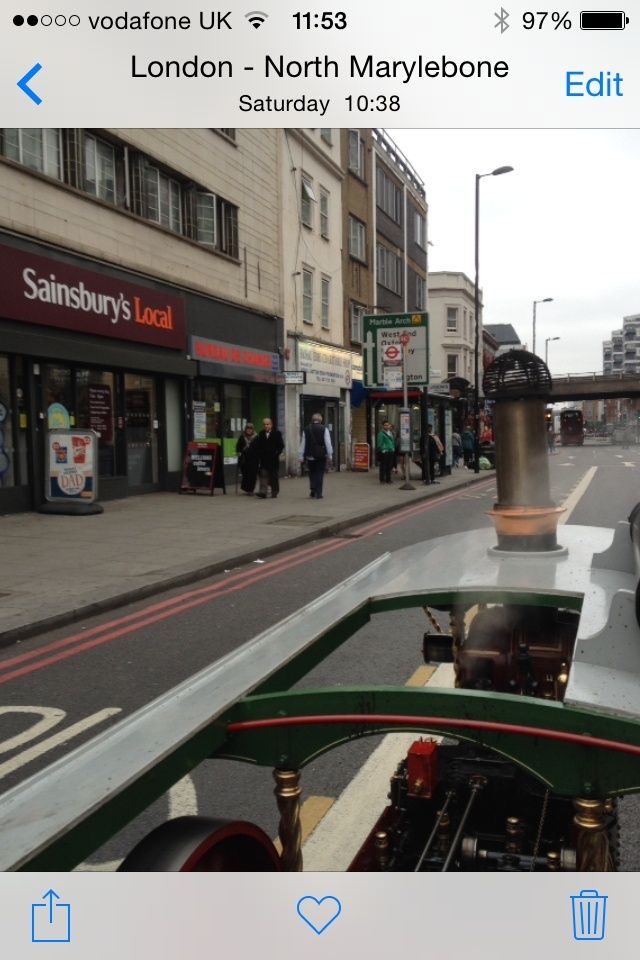 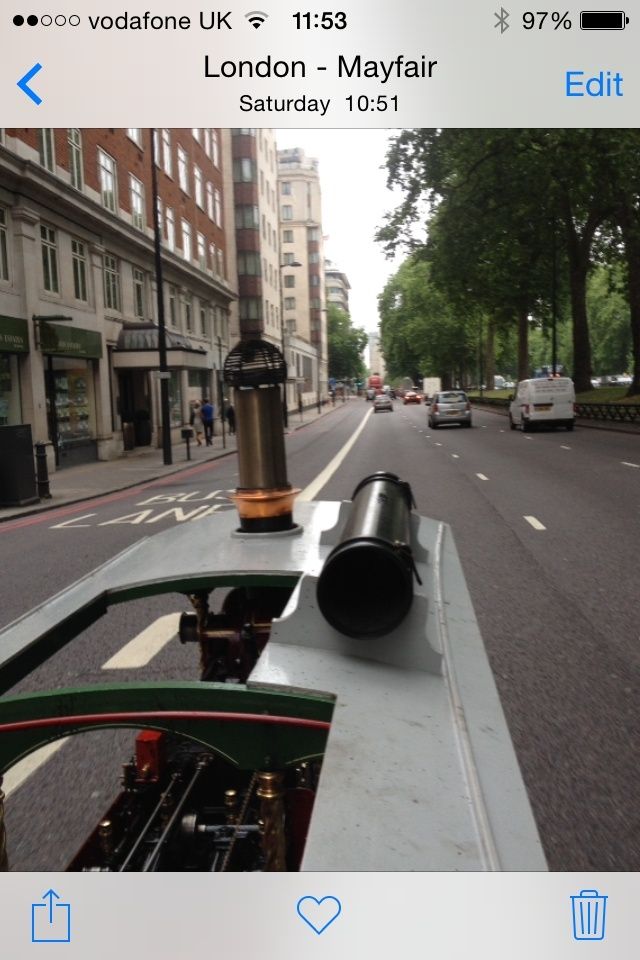 Great photos Steve! It wasn't luck that made sure we had a spare steering set, I had been worried about this being a potential problem and got Steve to send me a spare set.

It's still lucky he sent the right part!! 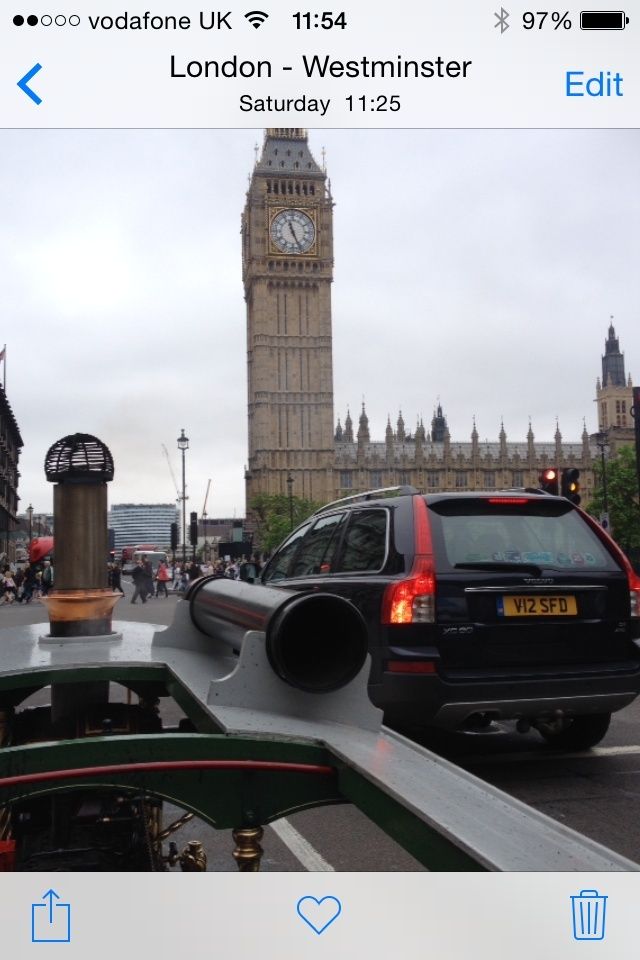 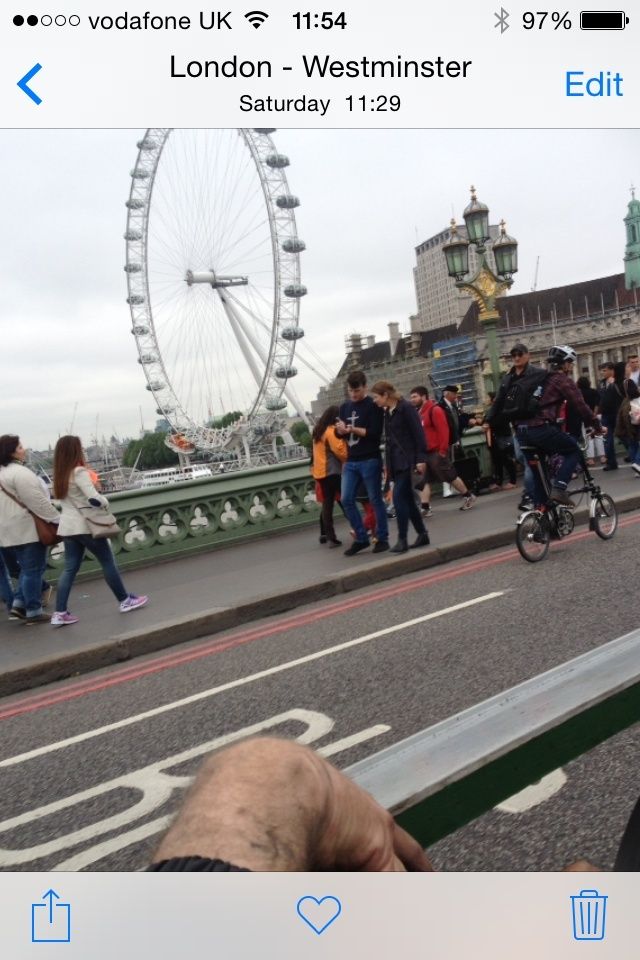 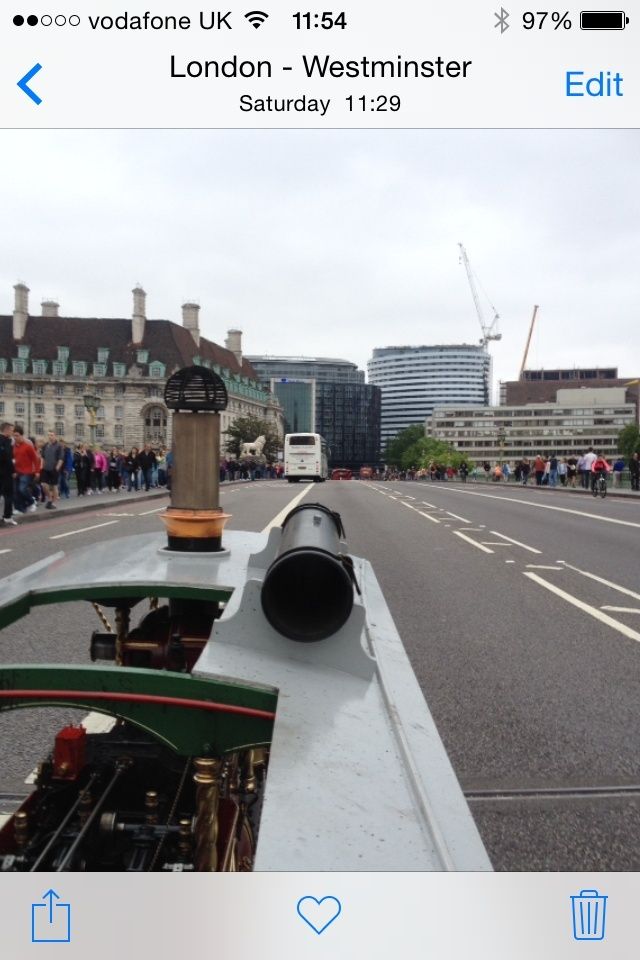 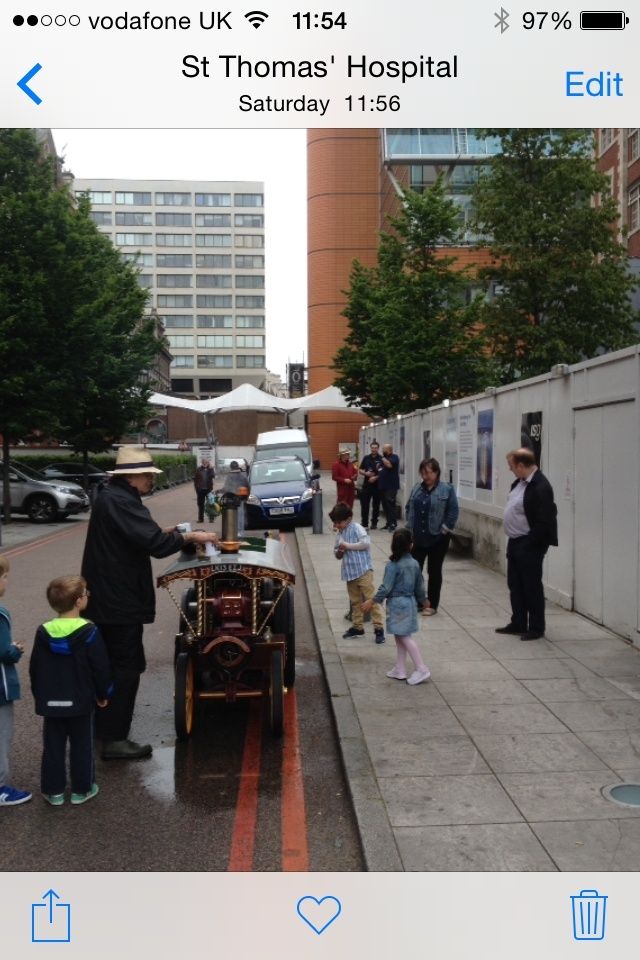 Cecilly joined us while we filled up with water & had a short break. 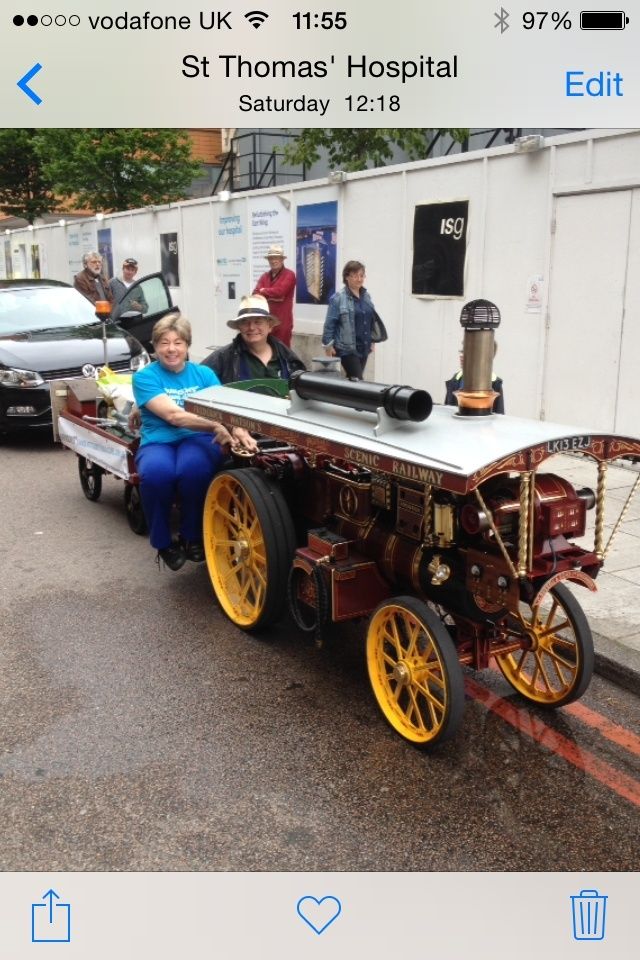 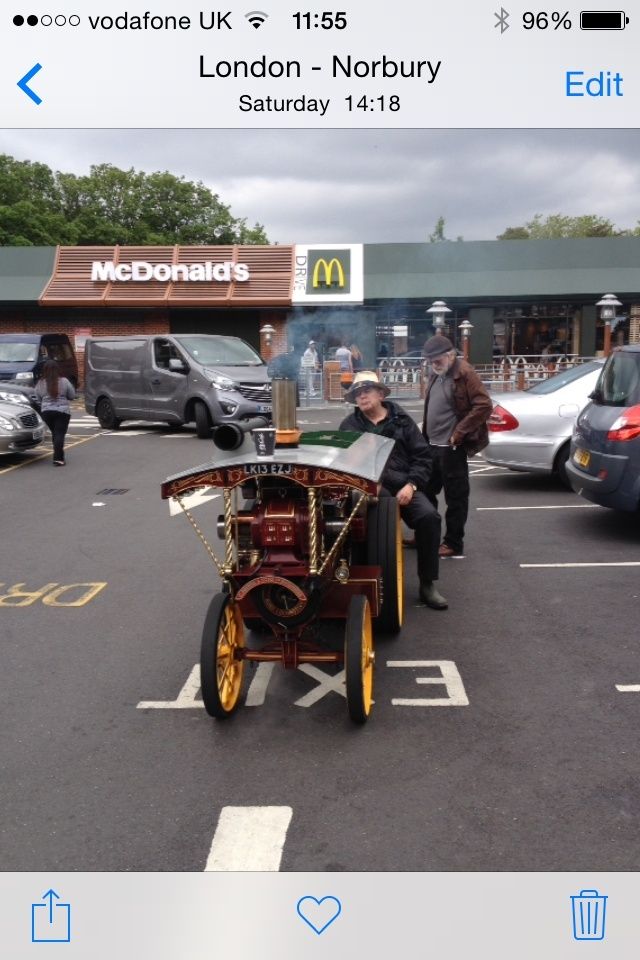 Pit stop at McDonalds for something to eat & drink. 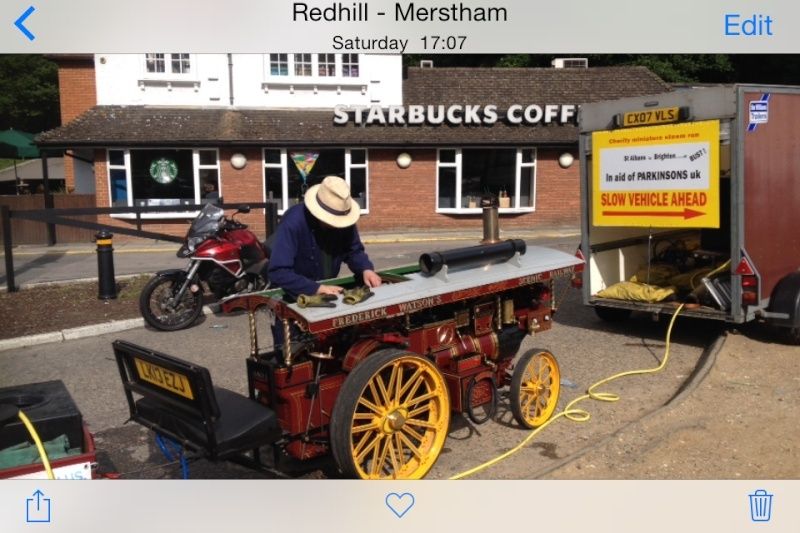 Filling up our water tank from the big trailer tank, the system Tim created worked brilliantly with it being quick & easy to top up when needed. 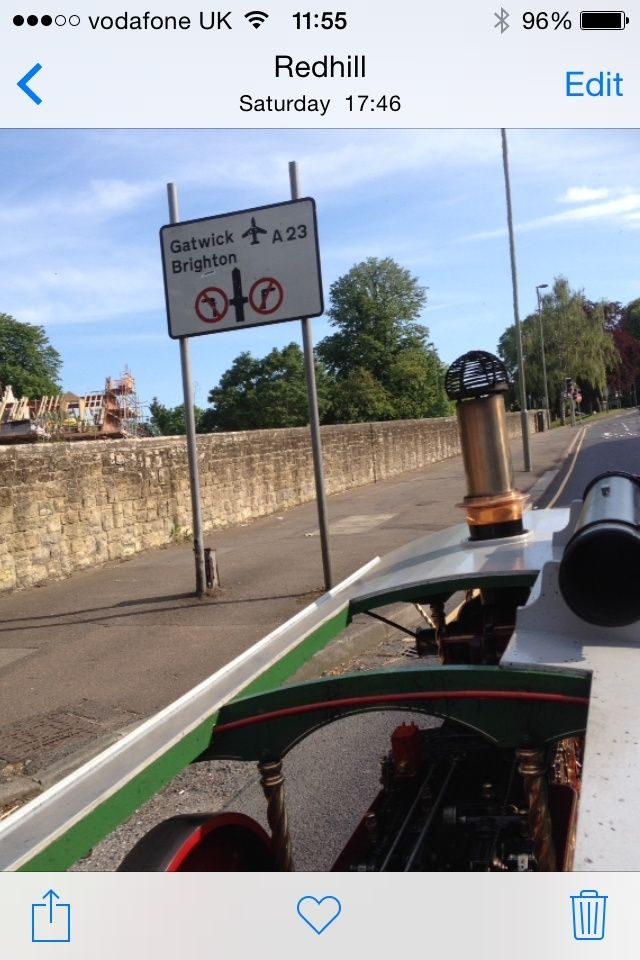 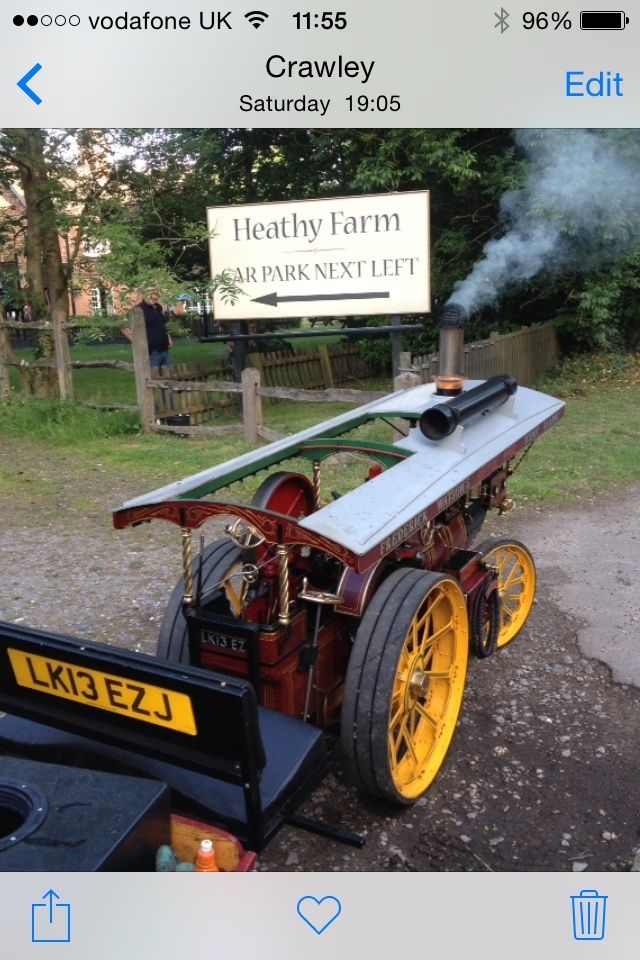 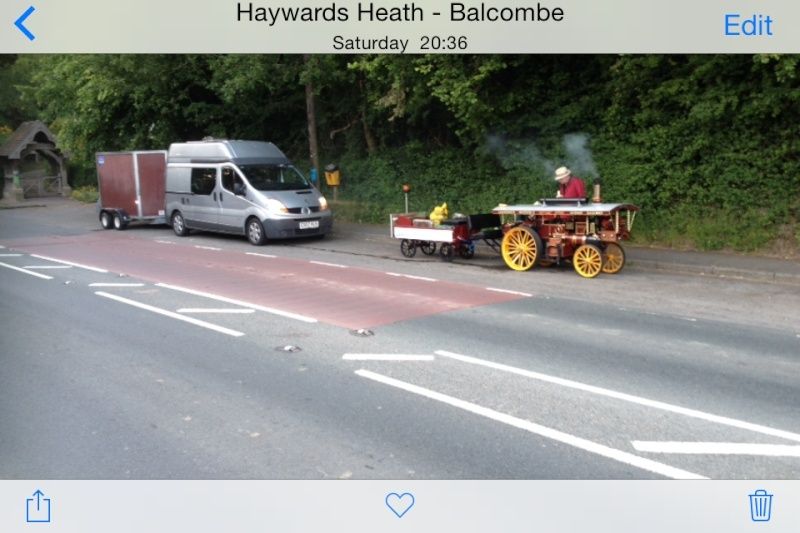 Chimney suffering a bit, the paint peeling & the base had come a bit loose with the rough roads      The light starting to fade now. 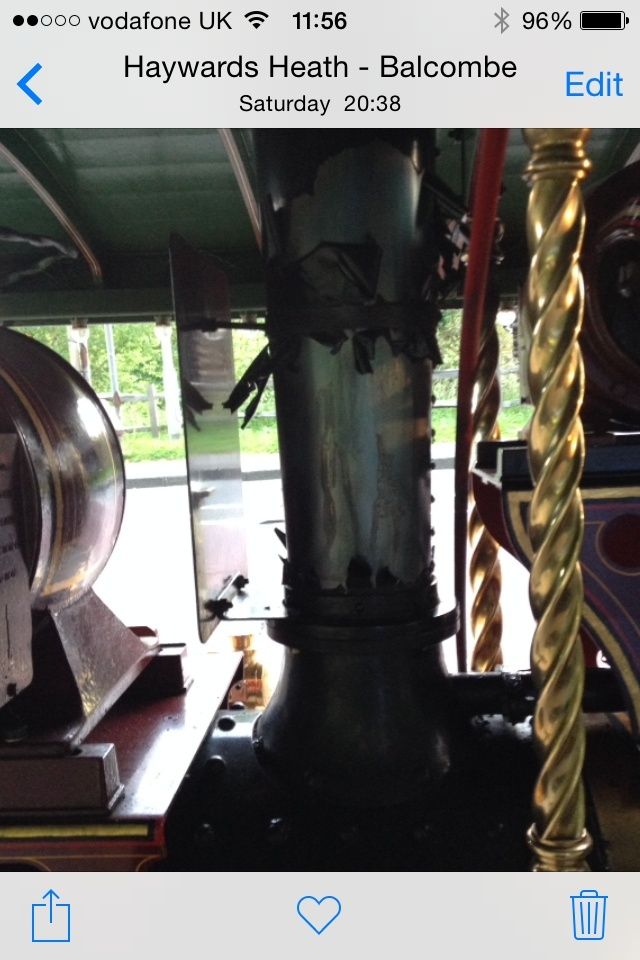 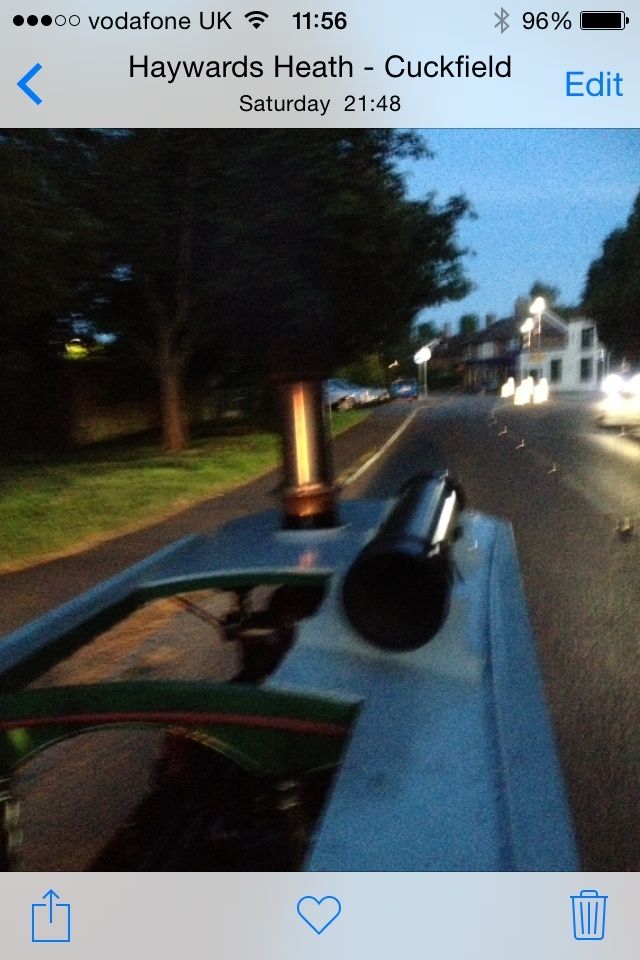 The roads were a bit rough & we were travelling fairly quickly so apologies for the wobbly hand. 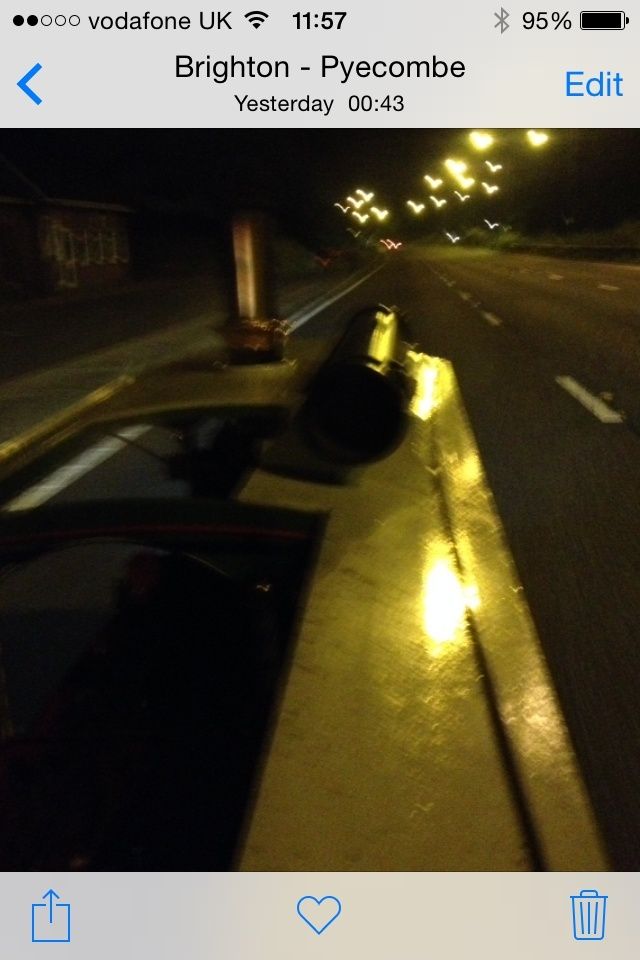 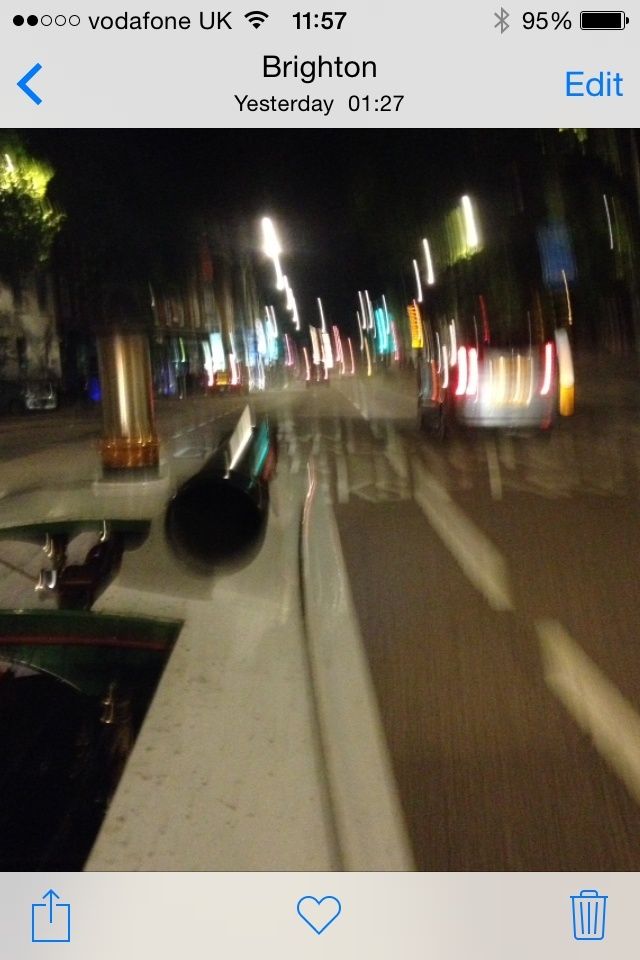 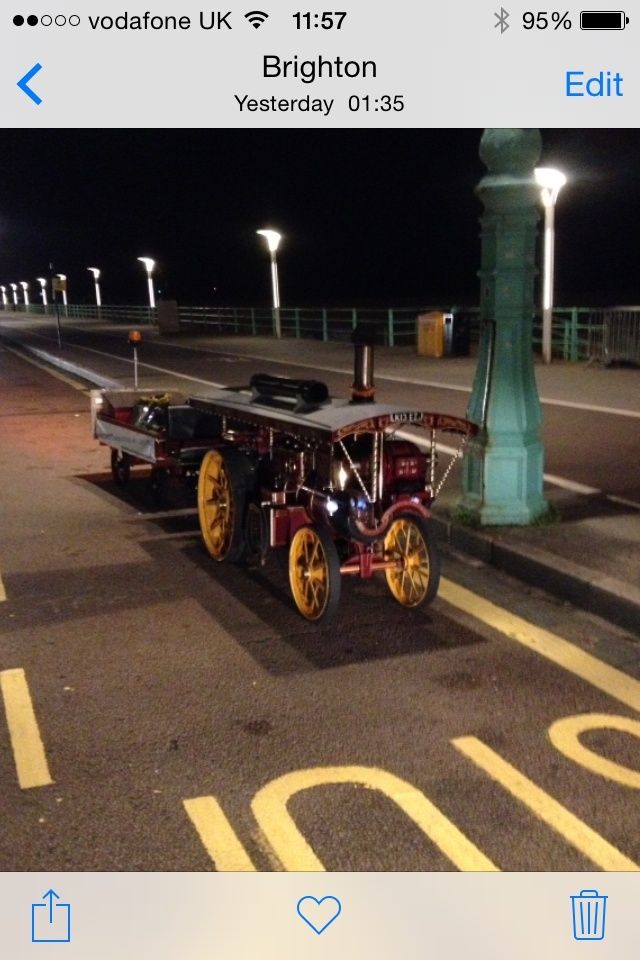 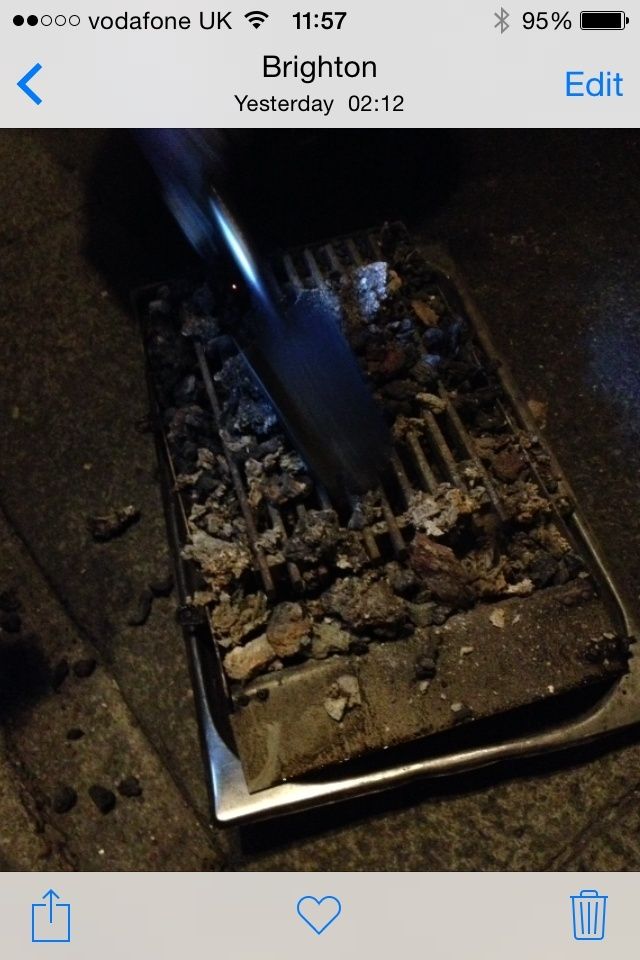 About 10 miles from Brighton I had my first bit of trouble with the fire, I knew it was clinkered up but that near to the finish we didn't want to drop the fire & start again.  After giving it a good talking to & a prod we managed to get the fire to make steam again & carried on.  I don't think we would have gone much further as we lost the grate rake somewhere & this was the state of the ashpan when we did drop it!! Chocca Block with ash.

Tim's engine ran faultlessly throughout the 20 hours of the trip, at the finish it was running just as sweetly with no knocks at all. The only problems were with the steering link, the damper lever flopping about, a couple of bolts on the gear guard came out & had to be replaced, we lost a brass hub cap on the trailer & a couple of bolts holding the others in, a big end oiler cap disappeared somewhere, we left the grate rake somewhere, the bracing bar for the canopy came loose & we took it off in the end.
For my part I found the engine very easy to keep in steam, apart from when we filled up the boiler with the injector we had steam enough to move all the time. The rear brakes are very good and only occasionally on the big downhills did Tim use the flywheel brake as additional braking. The flywheel brake is very reassuring when faced with a big downhill and basically from the M25 to Brighton we were either going up a big hill or coming down one!
Great adventure, thanks Tim for letting me be part of it.

If you do the calculations, from the time stamps on Steve's atmospheric photos, the last seven miles into Brighton were covered in 45 minutes, an average of 9.3 mph. That included going very slowly around the last mile of the route with very rough roads. On the A23 with an excellent road surface, with no traffic, Frederick was really flying!

Spectacular pictures, Thanks for putting them up on the forum... reinforces what an amazing journey you guys have achieved!! Very Well Done!!

Well done guys nice pictures .. Tim i did go to brighton i left about 10.30  kids getting board..
Mike i can get one those light so you can have your own light to look so when you stop seeing that light you can turn your own light on..
Andy